Continuing on the theme of "airports" it's clear to me that most folks have not had the delightful experience of arriving at a destination in a third world country aboard a Cessna Caravan 12 seat plane. Very quickly you realize that you are in the hands of an experienced "bush pilot" and the runway isn't quite as short and narrow as you thought! These pilots are good. 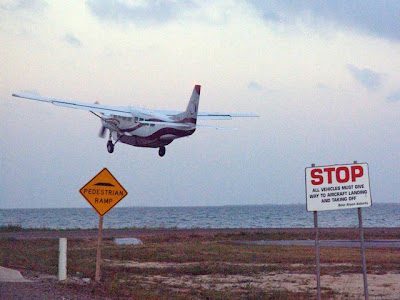 One late afternoon, Karen and I went to our airport just a couple of miles from us (PLZ - Placencia) to pick up our arriving family (my sister and husband) and it became obvious that the last flight of the day was later than usual. Pretty soon we heard the plane... doing a "touch and go" approach. It was darker than usual... and this was confirmed by the airline employees rushing out to light the runway with handheld flashlights... after it had kissed the runway and lifted off to come around again. Although we could see the plane clearly, it was a bit tense as we watched it circle the Peninsula. Coming in for the next try, we watched as the plane made a "picture perfect" landing in the dim twilight... without incident or difficulty.

The picture of the departing plane and sign at the Placencia Airport (PLZ) was taken just a few days ago by Ron Spilman... an extremely talented photographer of Belize and the Placencia Peninsula. Some of his work is on display in this Picasa album. You need to view the photo larger (click it) to read the sign.

A Study In Contrasts...
The amenities are different, but the planes and pilots aren't 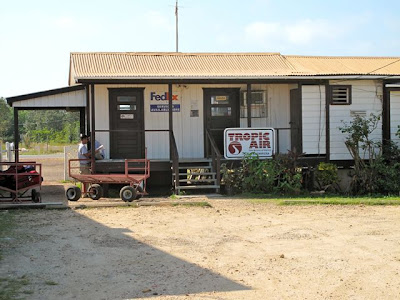 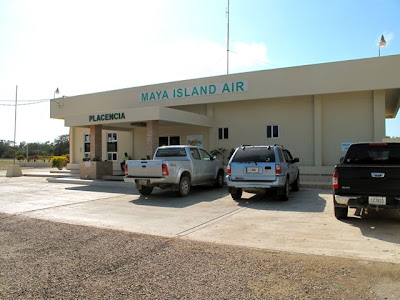 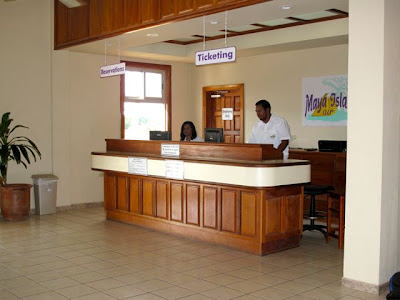 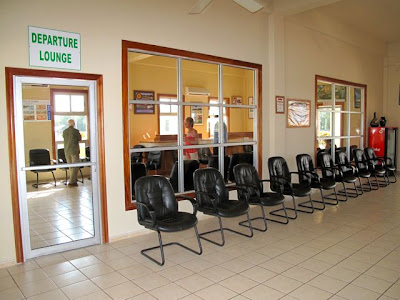 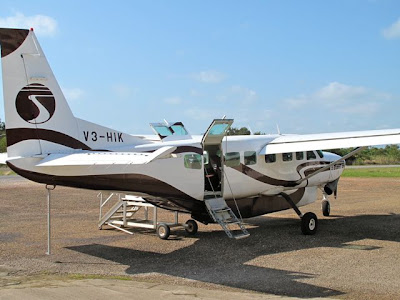 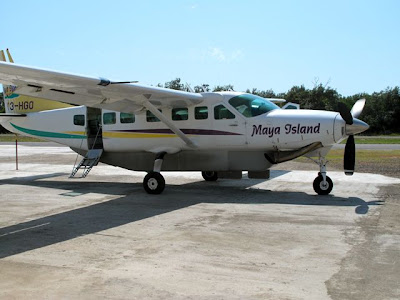 And this is my favorite airstrip in all the world! The entry way to paradise ...

What a great memory! You are right... these pilots know what they're doing. And, we had a fabulous visit... can't wait to come back. Love ya! 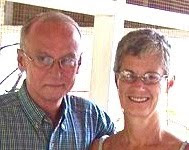